Climb aboard the Dinosaur Train!

PBS gives its youngest viewers an exciting new show called Dinosaur Train. This show is an imaginative new CGI animated series that explores children’s fascination with dinosaurs and trains. So if you have any kids who like to get creative with these two individual segments of life, they are bound to love the stories presented in the series. As well as being fun to watch, there are also educational benefits for young children where, watching the various episodes of this program will also help children to develop basic scientific thinking skills.

DinosaurTrain was created by Seattle born Craig Bartlett, who is famously known for his roles as the writer and director of Nickelodeon’s “Rugrats,” and creator of “Hey, Arnold!” The idea for DinosaurTrain was hatched when Craig Bartlett saw his son, when he was about three or four years old, playing with dinosaurs and trains, from watching innocent child’s play, he was immediately inspired. Although Bartlett was very eager to see his work on the screen, he had to wait a while before his idea could come to life. While working in Los Angeles for the Jim Henson Company, he realized that it was the perfect place to bring Dinosaur Train to make his dreams come true.

The much-anticipated first episode of DinosaurTrain was aired on Monday, 7 September 2009. There are many aspects of science that the children will be introduced to and some of which include paleontology, natural science, and ecology at a basic level. Furthermore, the series will also teach children about the similarities that the animals we see today have in comparison to dinosaurs. The secret to the show’s success is that it combines science with fun stories involving friendly dinosaur characters.

Each episode is half an hour long, and features Dr. Scott Sampson, a celebrated paleontologist who earned a PhD in zoology from the University of Toronto. He hosts live action segments where he discusses interesting dinosaur facts with children and these are given in between two short animated stories starring Buddy. Buddy is a lovable T-Rex who uncovers interesting information as he explores prehistoric jungles, oceans, volcanoes and swamps. Mr. Disclaimer is a man in a suit who occasionally pops up to disclose what dinosaurs did not do in reality, in keeping with the aim of the show of providing viewers with dinosaur facts.

About the Dinosaur Train

The Train itself is a colorful steam-train, resembling a dinosaur, and is large enough to accommodate all dinosaur species. It departs from Pteranodon Station, and on its journey it travels to the Triassic, Jurassic and Cretaceous periods, so that all the dinosaurs can learn more about the prehistoric world. Troodon is the train’s conductor, and shares fun dinosaur facts with the passengers along the ride.

After only being on air a short while, DinosaurTrain has already become very popular among pre-schoolers. This is one show which parents would be happy to let their children watch, as they will learn and have fun at the same time. So, let’s all climb aboard the Dinosaur Train! 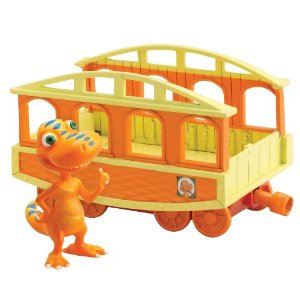 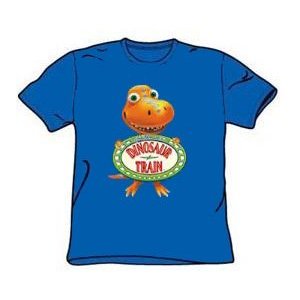 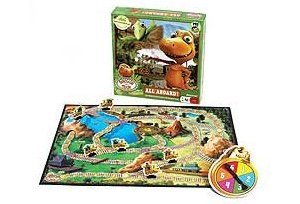 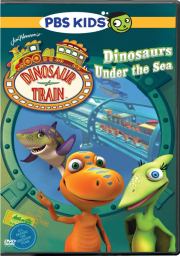 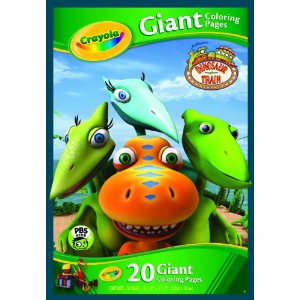 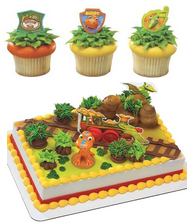 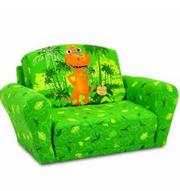